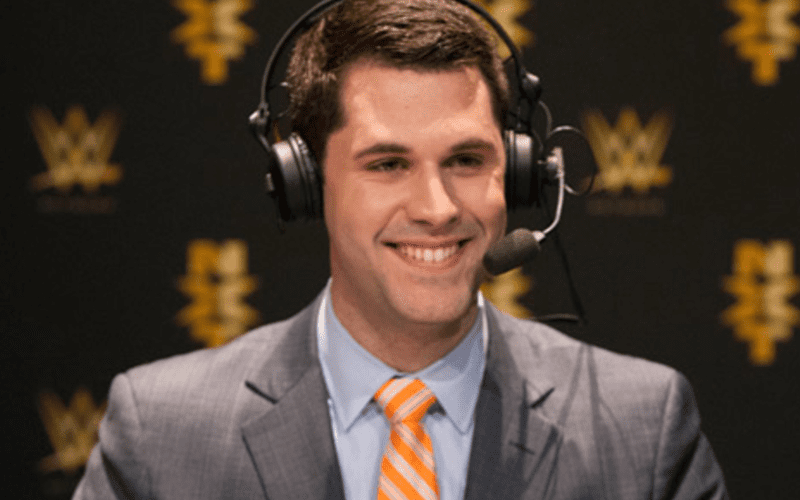 Tom Phillips was previously on SmackDown, but he was moved off of the blue brand when Michael Cole, Corey Graves, and Renee Young took over. Now we know what he’ll be doing for the company.

Check out our complete NXT UK television taping spoilers if you want to know the whole story.

Tom Phillips was brought out during the NXT UK tapings and took a seat on commentary. He stayed and appears to be the new play-by-play on NXT UK.

We had heard reports that he will be producing in the company as well, which could still be the case. Michael Cole has a crucial role backstage and remains on the announcer’s table.

It’s good to know Tom Phillips wasn’t off commentary for long because now he is NXT UK. Still no word on what Byron Saxton’s new role in WWE is.