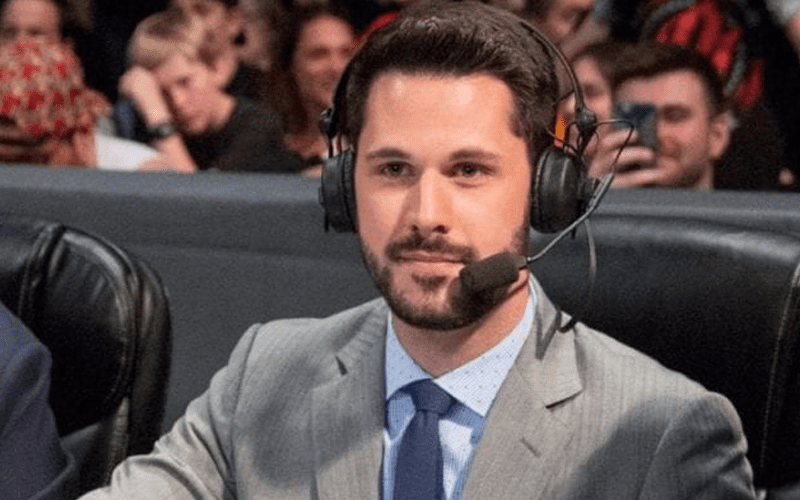 WWE’s blue brand is about to sound much different, but it will also sound very familiar. The team that previously announced RAW every week will be moving to Friday Night SmackDown, but Tom Phillips did not find a new home on commentary.

Vic Joseph, Dio Maddin, and Jerry Lawler will be starting on RAW next week as their new announce team. This has caused fans to wonder what will happen to Tom Phillips.

Sean Ross Sapp stated that as of this moment, Tom Phillips will be “doing some producing.” It should also be noted that WWE has many definitions for that role in the company.

I’ve heard that as of right now Tom Phillips will be doing some “producing.” That term is very broad and vague in WWE

The fact is that Tom Phillips is being moved off of WWE television on a weekly basis. Hopefully, he will find somewhere in the company to land because he has a lot of skills that could be implemented elsewhere.