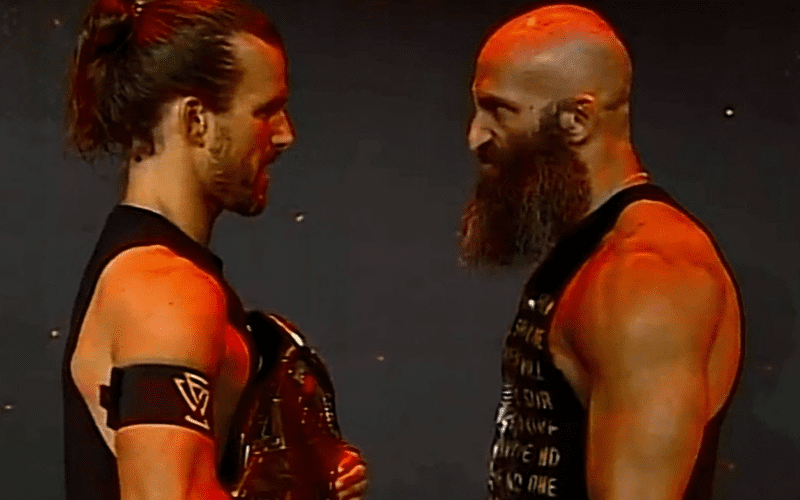 WWE brought a TakeOver sized show for NXT’s October 2nd two-hour USA Network premiere. It was worth sticking around until the end as well.

NXT got a fifteen minute overrun for the show this week which is a great deal for them. They needed that extra time for the amazing main event match that saw the Undisputed Era successfully defend the NXT Tag Team Titles against The Street Profits.

It wasn’t all celebrations for the Undisputed Era at the end of the show, because as Adam Cole was raising his NXT Title high in the air a very familiar song started to play. Soon Tommaso Ciampa was out on the ramp and Full Sail Arena went bananas.

Ciampa just stood silently while he looked at Goldy. He wants the NXT Title back. Mauro Ranallo mentioned how Finn Balor’s return to NXT could play into this because he was seemingly vying for the NXT Title as well.

Welcome back, Ciampa. We had a feeling we’d see you very soon.