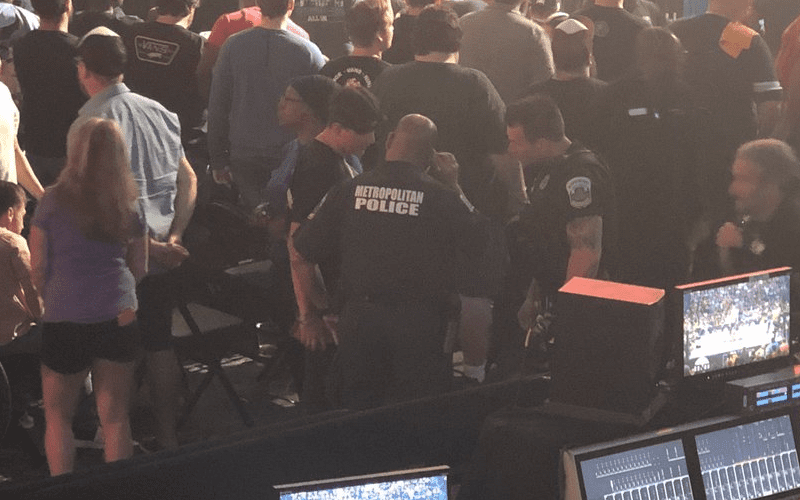 All Elite Wrestling’s debut on TNT was a great success. We’ll have a better idea about how well it did once the ratings come in, but we really enjoyed ourselves. One fan in the Capitol One Arena might have gotten a little over excited.

During the main event match between The Young Bucks and Kenny Omega vs Ortiz & Santana with Chris Jericho, one fan apparently thought that the wrestlers needed a snack. So they threw their hot dog into the ring.

During a commercial break, Chris Jericho made mention to it wondering “who threw the wiener in the ring.”

As you can see, the police got involved and gave this unruly fan a talking to. There is no word on whether he was led out of the event, but let’s hope this guy learned his lesson.

AEW is obviously not encouraging the throwing of anything into the ring from streamers to hot dogs. So, keep that in mind when you attend an AEW event.