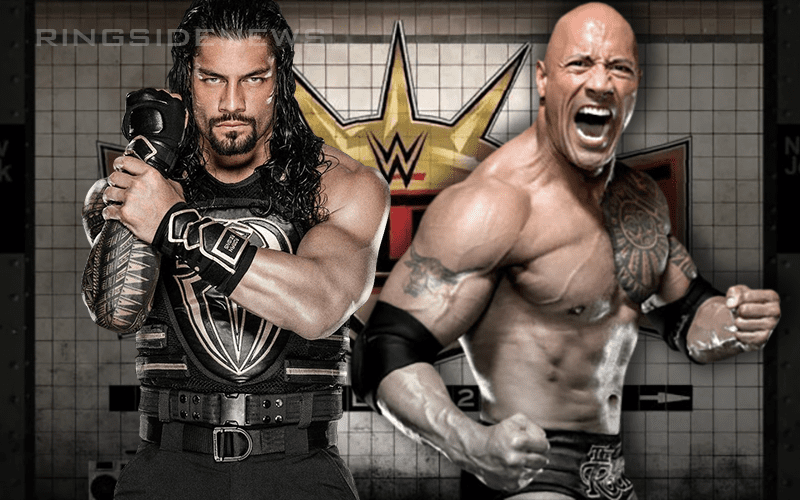 The Rock is coming back to SmackDown this week, but he won’t be working a match. He might never have the luxury of performing in the ring like he once did before Hollywood had so much money riding on him.

Roman Reigns recently stopped by GQ where he took part in one of their “it’s really me,” videos. This is a web series where celebrities log onto various social media websites and chime into conversations about themselves.

On Reddit, The Big Dog saw a thread about him having a possible feud with The Rock. It has often been wondered if WWE will ever be able to pull off this giant feud. He addressed the idea with some hope, but it needs to be done correctly.

“If it’s done right. I think that obviously the star that he is, where he is with his career it would be huge, it would be great. But, you know, we’re family, so it has to make sense.”

We’ll just see if WWE will ever be able to make this one work, but Roman Reigns hit the nail on the head when he said that it has to make sense. Odds are if The Rock comes back for a program against Roman Reigns it will be wrapped around a good enough story to warrant The Great One’s return.