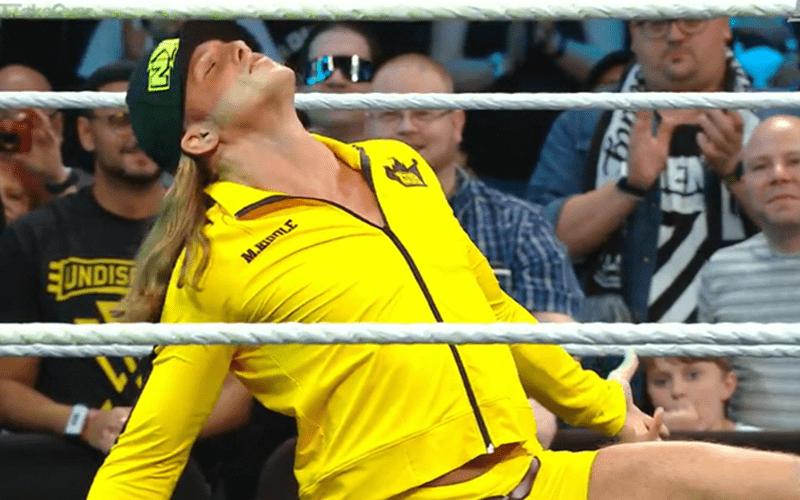 Matt Riddle is set to be one of the most popular members of the NXT roster. Once he starts performing in front of a national audience as part of NXT’s USA Network show he’s bound to attract millions of fans with his natural charisma. He also has a very unique look without shoes, knee pads, or elbow pads.

While speaking to Chasing Glory, Matt Riddle explained why he decided to go without these typical protective devices. In the end, he’ll keep doing his own thing and he certainly has a reason for this decision.

“I like wrestling without my shoes on and that’s what I’ve been doing. Shoes are okay, I don’t really like them, they hurt my feet. I’ve been doing jiu jitsu and I’ve been barefoot for so long it just feels more natural and when I first started wrestling because I bought shoes to train — I bought shoes and I kept smashing my heels or parts of my feet because it felt like I had a shield on so it was like I was protecting myself.”

“So then I stopped wearing knee pads, elbow pads, and shoes and since then I haven’t been hurt because I make sure I take everything properly, you know? It still looks dangerous, but I take a superplex I just land flat, you know rather than landing on my heels, stuff like that just smarter, you know.”

“I feel like I need that risk, I need that struggle. If I don’t risk blowing out everything I get lazy.”

Matt Riddle very well could become the NXT Champion on Wednesday. If that happens then he’ll be doing it without shoes and pads which is the way Riddle rolls.

It’s a great aspect to Matt Riddle’s character, but it also makes us wonder if Vince McMahon will eventually make him put on shoes if/when he receives a main roster call-up.