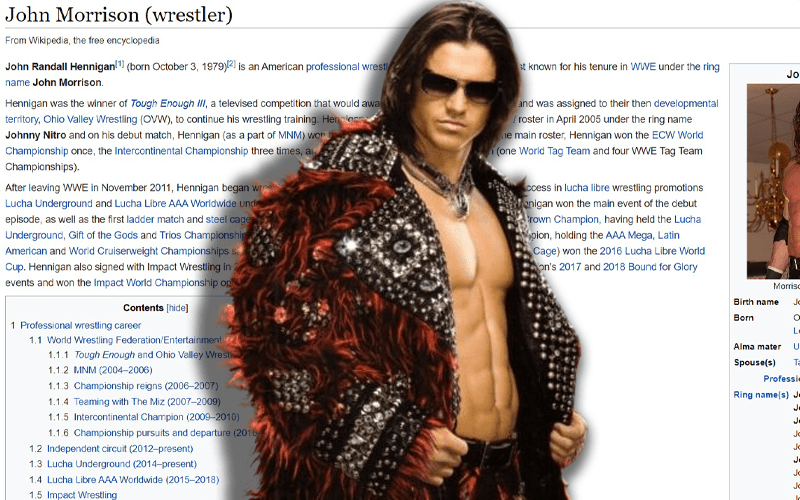 John Morrison could very well be headed back to WWE. It was previously reported that he signed with WWE once again, but that’s not what his Wikipedia page said.

In just another reason why nobody should trust Wikipedia, some clever troll jumped on Morrison’s entry to mess with fans. They wrote that Morrison actually signed with AEW and his name is much different now.

“John Randall Hennigan is an American professional wrestler, actor, and traceur. He is currently signed to AEW under the name Johnny Elite.”

This was quickly changed back to its original form as soon as Wikipedia’s editors caught wind of it. Still, fans who were searching for Morrison on Wikipedia ran across this information for a while.