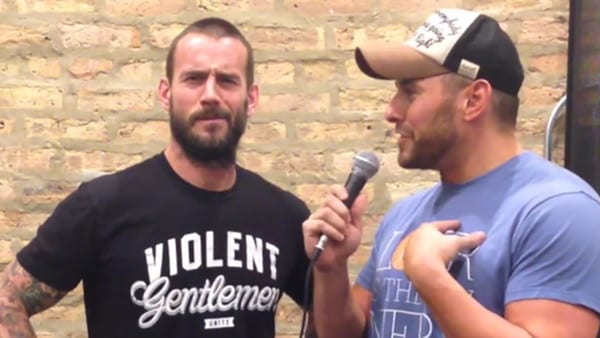 CM Punk and Colt Cabana’s legal issues with each other are done. This came on September 25th as the case was dismissed without prejudice. That won’t satisfy all of the fans.

One fan said that they have witnessed the hardships that CM Punk “dicking around” has done to Colt Cabana. CM Punk didn’t seem to have much sympathy.

Why’d he ask to settle then? I wanted it to go to trial! Play stupid games, win stupid prizes! Enjoy donating to the eventual “woe is me” go fund me account.

The same fan replied back saying that Colt Cabana can now get back to his life after CM Punk (his friend) “gut punched” him. Punk was obviously in quite a mood to reply.

HE SUED ME. He wanted to end the dumb shit HE started? I asked to speak to him, he declined. I asked to enter mediation, he declined. I offered money, IT WASN’T ENOUGH! I never wanted ANY of it. He’s as greedy as you are ignorant to who I am, and fooled by who he is.

I loved the guy. Would’ve done anything for him. And the irony is, if he just would’ve asked for the money, I’d have given it to him. Instead he tried to extort me.

It’s good that this lawsuit is over and now everyone involved can get back to their regularly scheduled lives. We’ll have to see what that means for CM Punk, because he seems to be making all kinds of news recently with reports that he might be on his way back to WWE.