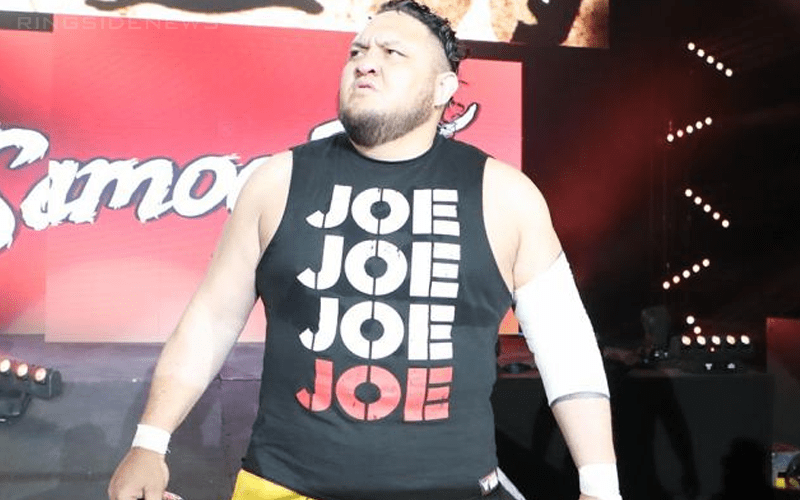 Samoa Joe ended up in WWE, but it took a very long road to make it happen. He had to be told no on more than one occasion along the way.

While speaking to Fightful, Samoa Joe walked them through a bit of his career. It seems that there has been a pattern of people not being sure that they can hire him only to have him come in. This was usually followed by them never wanting him to leave.

He spoke about this not with bitterness, but in a way where retrospect really shed a light on the entire situation as a pattern throughout his career.

“I expected it, but that’s just more personal motivation type stuff. But in reality, it’s been par for the course for me. Everywhere that I’ve gone—ROH I remember walking into and Gabe Sapolsky telling me, “listen, we can’t afford to fly you in from California, you’ll never work here again, but thanks for coming tonight,” and shortly afterwards ‘Hey, you’re working every show from here until forever.’ TNA was very much the same thing, ‘Hey you’re an internet guy. We don’t have television.”

“We’re gonna bring you in and I don’t know what we’ll use for you afterwards.’ Then obviously that went well. And it was the same thing here. I’ve never had a nice entry into a company, nobody’s ever said , ‘Oh, man, we can’t wait to have you here.’ It’s like I show up and they’re like ‘Oh, why didn’t we hire you sooner?’ And, I mean, there’s some satisfaction in that. But that’s been par for the course my entire career.”

Samoa Joe finally ended up in WWE after years of trying and fans thinking it would just never happen. Now that Joe is a WWE Superstar a lot of people are asking themselves why it took so long and that’s exactly the point he was trying to make in the first place.