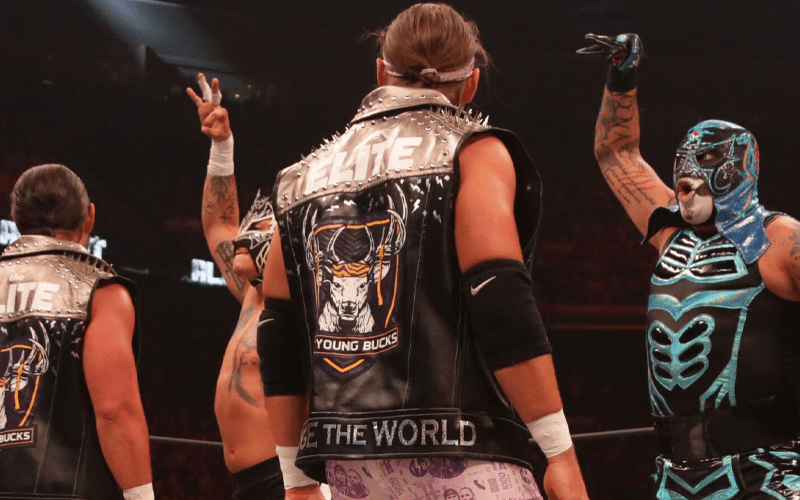 The Young Bucks and the Lucha Bros went to war at All Elite Wrestling’s All Out event. Their ladder match for the AAA Tag Team Titles got very brutal and some dangerous high spots were taken. In the end, Pentagon Jr and Fenix were victorious over the Jacksons.

While speaking to Bleacher Report, Nick Jackson admitted that the Young Bucks and the Lucha Bros probably went too far with their match at AEW All Out.

They wanted to end their feud with a ladder match which is something that Tony Khan apparently was all in favor of. The issue is that they pushed the envelope a lot that night and it worried them that they crossed the line.

“We probably almost went too far. There was a point where I almost died when the ladder was tossed and I clipped the top rope with my feet and went through the table. And one minute later, Matt landed awkwardly on his side when Penta pushed the ladder. Those two things weren’t supposed to go down that way, but when they did go completely wrong, that’s when I was thinking ‘I hope fans are not thinking this is too much.'”

“We knew if we got them in a ladder match, it would probably make history. And here we are now.”

All Elite Wrestling: Dynamite will be TV-14 so it’s anyone’s guess what kind of hard-hitting action fans will see on TNT when October 2nd rolls around. Odds are that fans won’t be seeing anything close to the ladder match at All Out because that was a line they might not cross for a while.