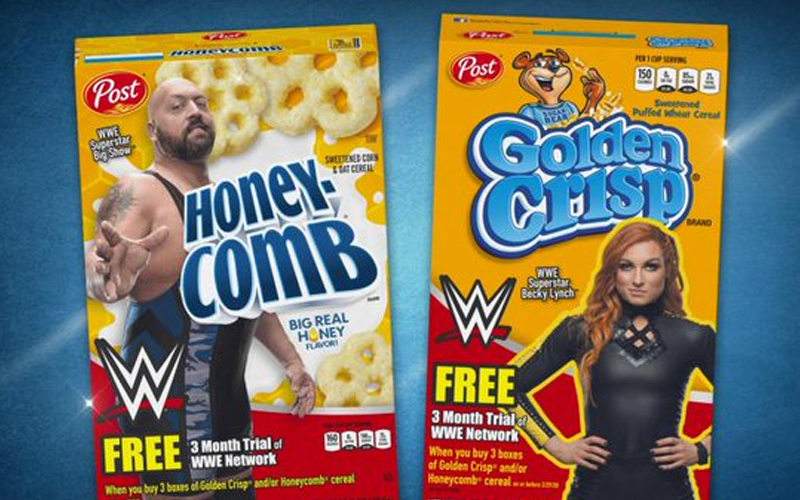 Becky Lynch is on the cover of WWE 2K20, but they don’t sell video games in the cereal aisle.

Post Cereal will be featuring Becky Lynch on upcoming boxes of Golden Crisp cereal. She will apparently be right alongside Sugar Bear who will still remain as the brand’s mascot.

Big Show is also getting himself on a cereal box as he will be featured on Honeycomb cereal boxes soon.

You can check out the look of Becky Lynch and The Big Show’s upcoming box designs below. It was noted in the official press release that the WWE Superstars will have their images on over 7 million boxes during the campaign.