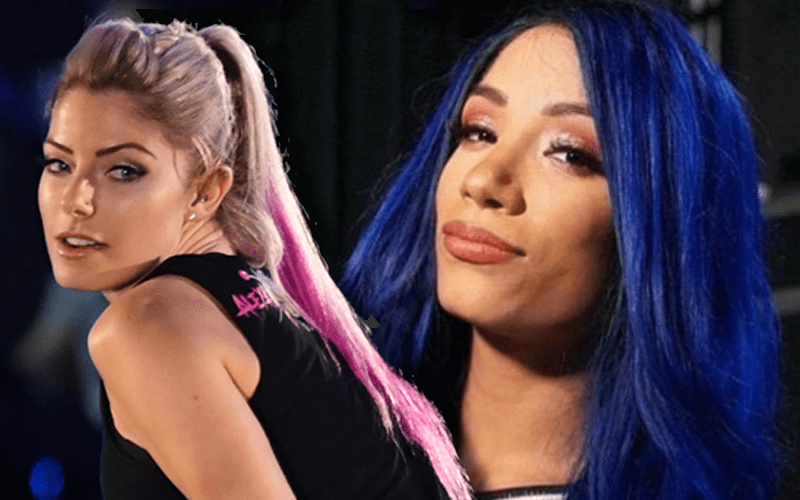 Sasha Banks and Alexa Bliss are slated to wrestle each other next week on Raw and The Boss is very excited for that match.

Banks has Becky Lynch to deal with at Hell In A Cell, but she is ready to empty her tank against Alexa Bliss. This is a match Sasha Banks has been waiting for her entire life and she continued saying how it is mind blowing that she is wrestling 1/2 of the WWE Women’s Tag Team Champions in 2019.

This is a match I’ve been looking forward 2 my entire life. The fact that I’m wrestling 1/2 of the Tag Champs on the #RAW Season Premiere against @AlexaBliss_WWE in 2019 is mind boggling. Even 6 days out from #HIAC & @BeckyLynchWWE I’ll empty the tank for one of the greatest ever.

It might be worth noting that the personal heat between Sasha Banks and Alexa Bliss is pretty well-known at this point.

This tweet from Banks seems to poke fun at another tweet that Seth Rollins put out about facing Rey Mysterio. Perhaps she is taking a shot at her Hell In A Cell opponent’s fiance for a reason.

Becky Lynch will have to wait until Hell In A Cell to get her hands on Sasha Banks. Right now The Boss seems pretty concentrated on facing Alexa Bliss.