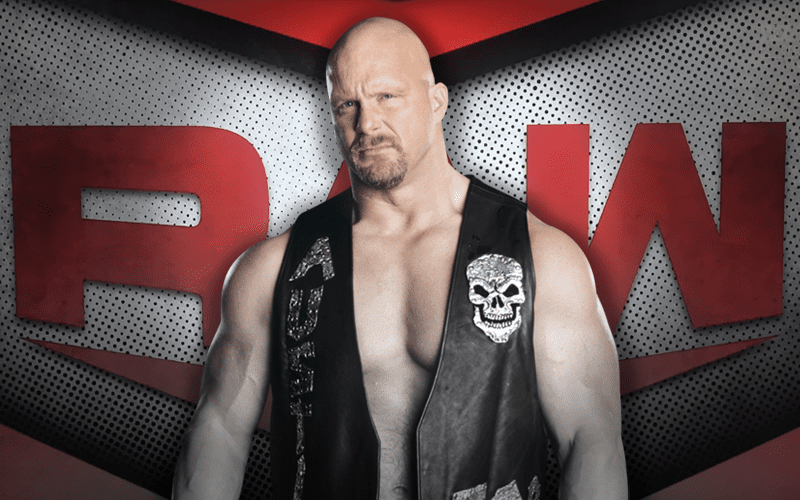 Steve Austin had to retire after too many injuries mounted up on him, but he’s had a few good years to rest up.

The Rattlesnake is still in good shape and he can still take a bump as he sold for Becky Lynch’s version of the Stunner recently. Now he is hinting that it’s not out of the realm of possibility that we’ll see him wrestle again.

During a recent episode of the Steve Austin Show, the WWE Hall Of Famer openly mulled the idea around for a bit. He ended up admitting that he might have one more match in him after all.

“For the last couple of weeks, down there at the RAW reunion in Tampa, down there at the Madison Square Garden show at Monday Night RAW – people always ask me, ‘Hey man, you’re still in really good shape. You got one more match left in you?’ And I tell them, ‘Man.’ I say, ‘You know, it’s a tough thing to think about.’”

“Physically, would I be able to have one more match? Yes, most definitely, and I could make it to that match without being injured. Although the risks are always there, just because I think all of the surgeries, I had… where I had the spinal stenosis, and getting that bone spur taken off my spinal cord – I’m in a good place. Nerves are feeling a lot better than they use to. So, you know, in theory, could I have a match? In theory, yes.”

This is incredibly interesting and it makes us have to wonder who Steve Austin might wrestle in a return match. He is doing much better and has been taking great care of himself. It just goes to show that you can really never say never in pro wrestling.