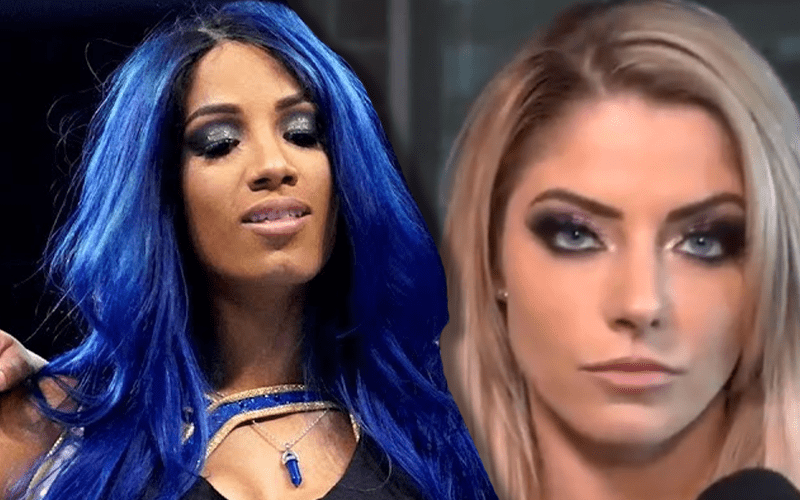 WWE Superstars don’t all get along and you can look at Alexa Bliss and Sasha Banks as perfect examples of that fact.

“Look, I know what everyone’s thinking so you should know what I’m thinking too.”

The backstage heat between Sasha Banks and Alexa Bliss is pretty legendary. We’ve reported about it many times in the past and Banks didn’t disprove those rumors when she hit Bliss with a cheap shot last week on Raw. Now they will battle on the Raw season premiere next week. It should be a very interesting match.