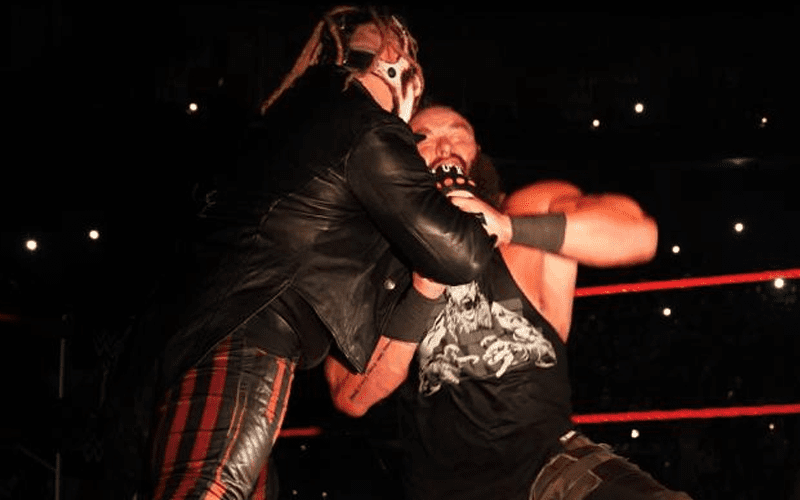 Bray Wyatt didn’t let Braun Strowman’s match against Seth Rollins finish on Raw this week. It was not a good night for anyone involved except for The Fiend.

We previously reported that Bray Wyatt apologized to Braun Strowman for The Fiend’s actions. He also advised everyone that he is losing control of his devious alter-ego.

Braun Strowman replied back saying: “Oh my old friend you don’t know what you’ve started. I’m not the same boy you found all those years ago!!!!!!”

This is when Bray Wyatt gave it one more try to convince Braun Strowman to steer clear of The Fiend’s wrath.

We’ll have to wait and see if Bray Wyatt and Braun Strowman will eventually end up tangling in the ring once again. You’d have to think the story will write itself eventually.