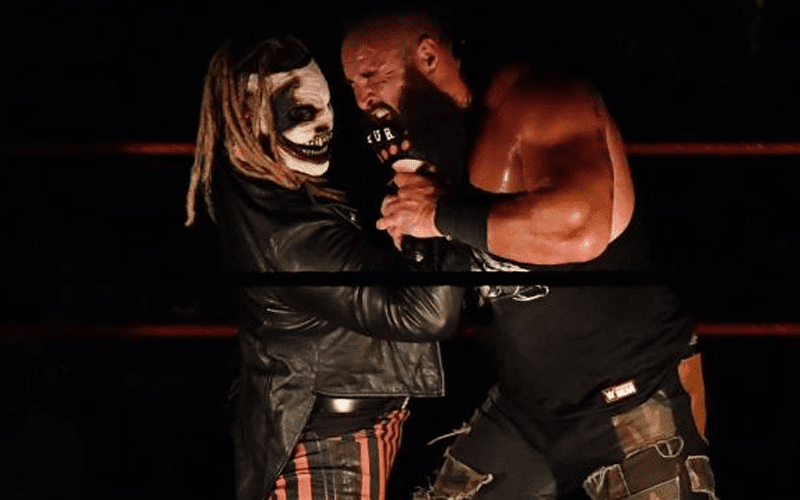 Bray Wyatt might want to play nice with Braun Strowman after he attacked The Monster Among Men on RAW. The bad part is that Strowman doesn’t seem to want anything to do with Wyatt’s apology.

Strowman replied back to Bray Wyatt’s apology by saying that he’s not the “boy” he once was. When Braun Strowman emerged onto the scene it was as the black sheep of the Wyatt Family, but now Braun Strowman is his own Superstar.

Oh my old friend you don’t know what you’ve started. I’m not the same boy you found all those years ago!!!!!!

Bray Wyatt might have gotten the better of Braun Strowman last night, but there are likely to be plenty more night to come. The WWE might not be big enough to keep Wyatt and Strowman apart for too long.