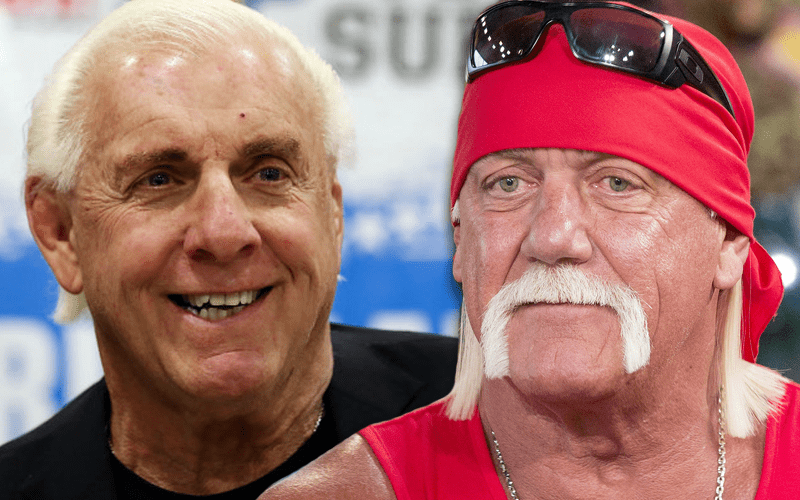 Hulk Hogan had a very long time period when WWE didn’t have anything to do with him. Now that time has passed. He will be in the building next week for WWE Raw and it could be a huge segment.

Not only will Hulk Hogan be appearing next week, but so will Ric Flair. We previously reported that the Talking Stick Resort Arena in Phoenix was promoting that they will both be in the house for Raw next week and that was confirmed on Raw this week.

The Miz announced that both Hulk Hogan and Ric Flair will join him for an epic episode of Miz TV next week.

This could be a huge segment and the biggest Miz TV of all time. It will definitely add two huge names to WWE’s Raw season premiere next week.