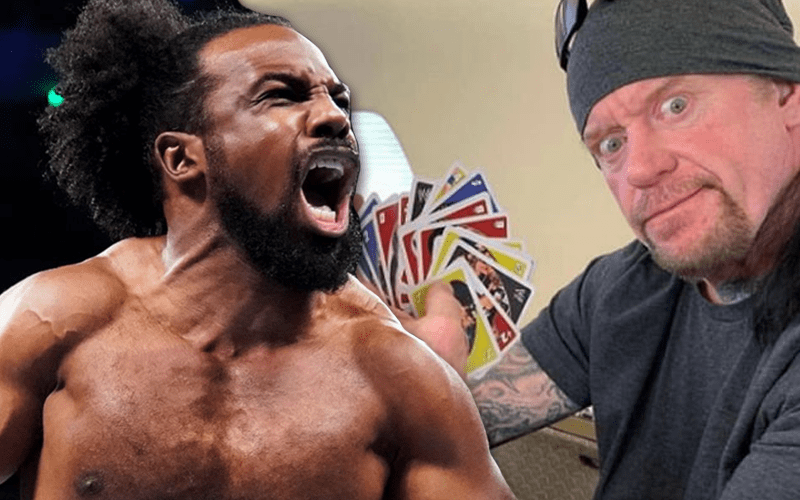 The Undertaker is famous for wrestling, but what kind of Uno game does the Dead Man have?

Xavier Woods recently issued a pretty hilarious challenge to The Undertaker and he pulled Ricochet in there with him.

On a recent episode of Up Up Down Down, Xavier Woods brought up The Undertaker’s legendary Uno picture. This not only proves that Taker likes doing normal people things, but he can also lay down a hand of cards.

Woods was pretty quick to issue a challenge to The Phenom. Then he asked fans to tweet and let Taker know that he fears them in Uno. Let’s just see if it pays off.