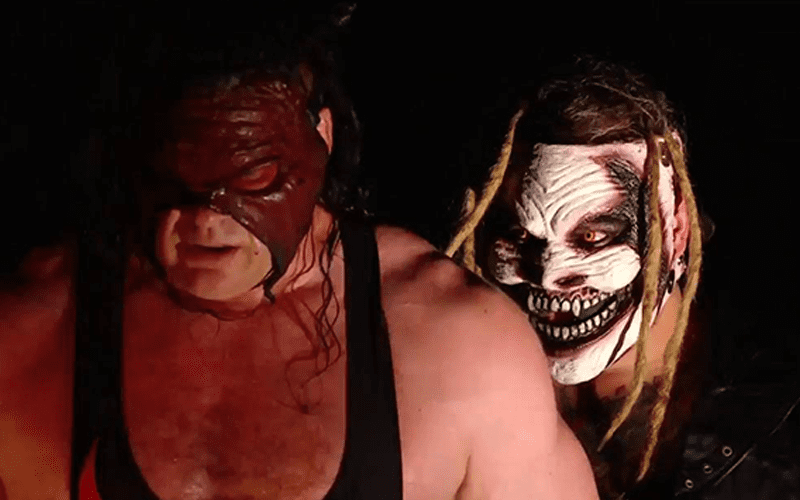 Bray Wyatt is ticking one legend after another off his list of friends. Kane was very happy to be a part of it too.

Watching The Fiend take out Kane was almost a passing of the torch moment. Plenty of children were frightened by Kane’s presence back in the day and now Bray Wyatt is giving fans something to really be afraid of.

While speaking to The Two Man Power Trip, Kane said it was an honor to be a part of Bray Wyatt’s feud with Seth Rollins. The Devil’s Favorite Demon also admitted that The Fiend even creeped him out.

“To also be involved with the Seth Rollins and Bray Wyatt/Fiend story line, what an honor to be able to do that. It was a great night. Even I get creeped out by Bray Wyatt as The Fiend. I think that is a tremendous character and I’m also really happy when any of the guys are able to be successful. I think Bray is very creative and everything he has done as Bray Wyatt and now The Fiend character. It has all been great and he is such a wonderful performer.”

It was convenient that WWE just happened to be in Knoxville, Tennessee so Kane could take part in this segment. It was a big night for him because he got to hold the WWE 24/7 Title for a short time as well, but he certainly won’t forget his time with Bray Wyatt.