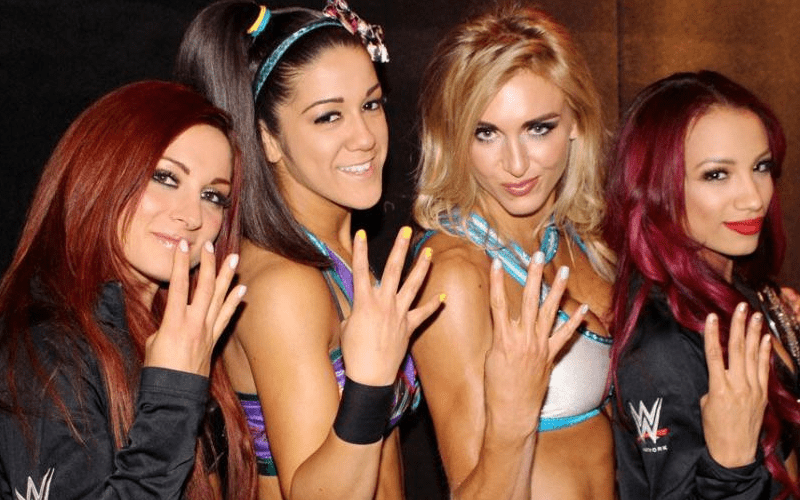 WWE’s incarnation of the Four Horsewomen includes Charlotte Flair, Sasha Banks, Bayley, and Becky Lynch. They got to share the ring just recently in a tag team match, but some fans think a fatal four-way has WrestleMania main event written all over it.

While speaking to ESPN 5, Charlotte Flair briefly discussed her chemistry with the other Horsewomen. It doesn’t matter what they’re doing in the ring because it’s always going to be magic.

We can only imagine the big match situations that WWE could construct between those four. Fans will see Becky Lynch vs Sasha Banks at Hell In A Cell as Bayley is likely to continue her feud with Charlotte Flair.

The WWE Draft might shake things up a bit, but we can only hope that WWE has a plan for the four of them. This is especially true considering the focus they are getting in WWE 2K20.