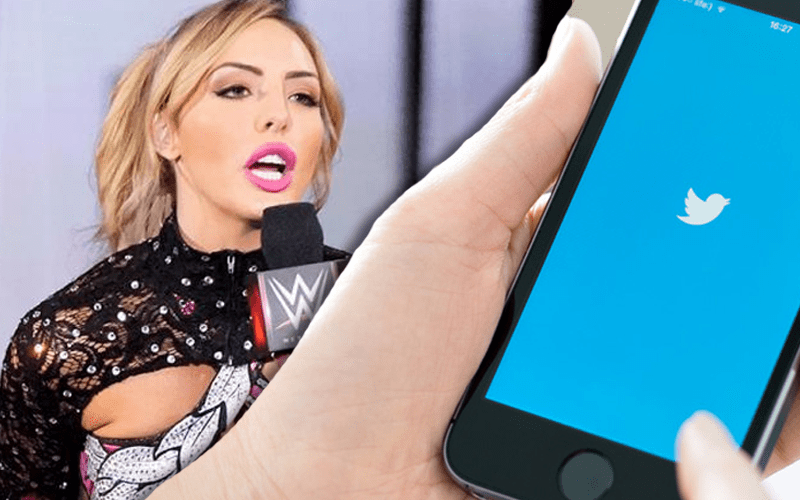 WWE fans have a lot of Superstars that they can follow, but those who have alerts set up for Peyton Royce haven’t been seeing much from her lately.

Royce hasn’t tweeted since August 31st. This was when she sent out a message saying that Shawn Spears is an absolute star after his match against Cody Rhodes at AEW’s All Out.

The IIconic member broke her Twitter silence today with a retweet and a couple of initial messages. One of them was quite interesting.

So, she’s back on Twitter, but Peyton Royce seemed to indicate that it could be a temporary return.

Royce also said that she’s “here for” a rematch with Carmella if WWE wants to book that. For the record, she’s remained active on Instagram.

We’ll have to see how long Peyton Royce lasts until she takes another break from Twitter, but she was gone for twenty days this time around.