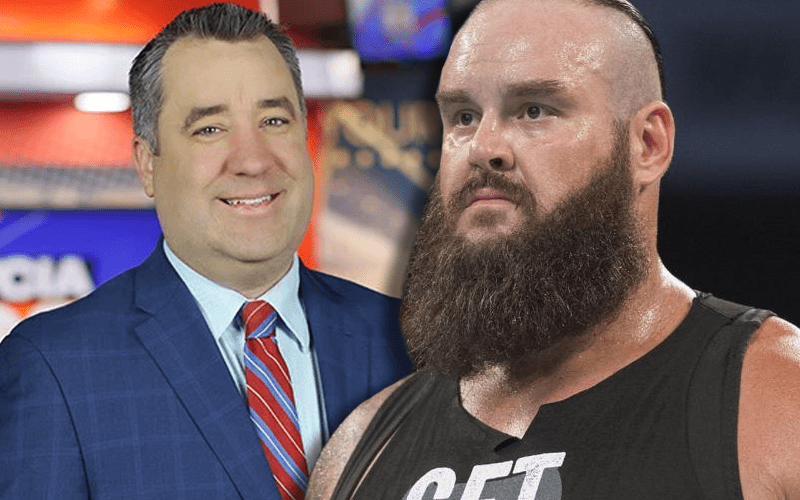 WWE is getting a lot of love from Fox as they prepare to move SmackDown, but you can’t make everyone happy.

We previously reported that Braun Strowman appeared during a Fox baseball game. They got his stats wrong and it was a moment for a good laugh, but not everyone was happy about this appearance.

Kevin Lighty’s Twitter profile describes him as: “Emmy Nominated, AMS & NWA sealed Chief Meteorologist at WCIA3. Storm Chaser|Part 107 FAA Drone Pilot, Poker Player.” He did not appreciate Braun Strowman appearing on a baseball game at all as he wrote:

Most important series of the year and Fox has some WWE dude in the 2nd inning talking about wrestling during a baseball game. Give me back @lenandjd, this is ridiculous.

The Monster Among Men read this tweet in his verified mentions and he just couldn’t help but retort. In fact, Strowman proceeded to verbally eviscerate Lighty.

Awe you mad cause people care about me and want to see me on tv. Don’t make me come show you how to forecast the weather old man!!!!

Braun Strowman had a great time at the ball game. He got to share some memories of his own father’s softball career as well. They even showed a highlight of his old man.

Strowman even tweeted out: “Awesome I can share my fathers story with mine!!!!!”