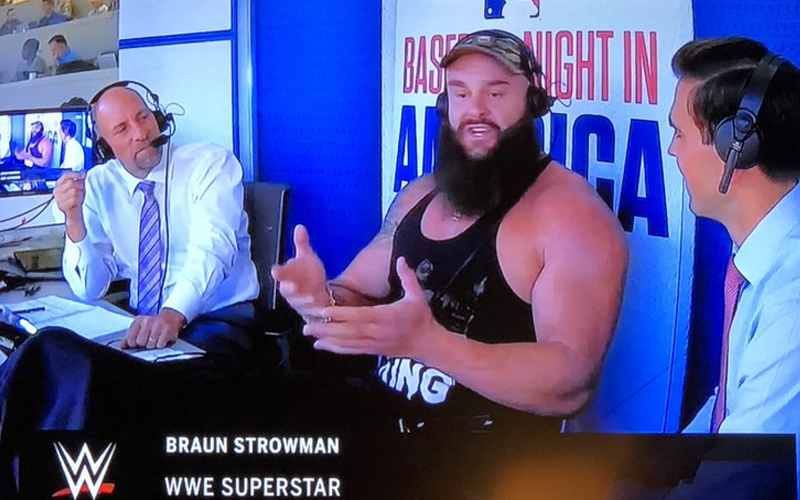 Braun Strowman has done a lot in WWE, but he hasn’t held five titles. You wouldn’t know that if you watched Braun appear during a Fox Major League Baseball broadcast.

While The Monster Among Men spoke to Joe Davis and John Smoltz, it said under his name: “5 Total Titles Since Debut In 2014.”

The only thing we can guess is that they looked at Braun Strowman’s Wikipedia page which includes the following five notes under the “Titles And Accomplishments” portion of his entry.

WWE Year-End Award for Male Superstar of the Year (2018)

Only two of those entries actually counts as a title reign. Braun Strowman has held the RAW Tag Team Titles twice. It is interesting how they still counted all five bullet points.

Regardless, Keith Olbermann commented saying: “You guys are kidding, right?” Strowman obviously didn’t appreciate that sentiment because he replied back with:

Yea I know right it’s unreal how good I looked on the show today!!!!!!

Strowman did look like he was having a lot of fun at the baseball game. Let’s just see if the next time he shows up in an MLB commentary booth that they can get the stats right under his name.