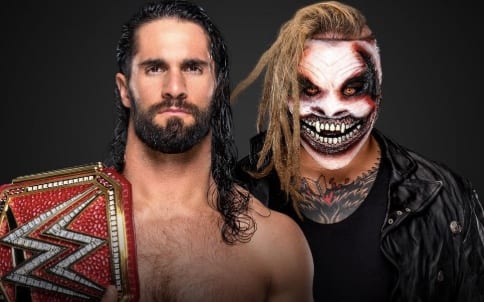 As seen on Sky Bet, the betting odds for Seth Rollins vs ‘The Fiend’ Bray Wyatt at WWE Hell in a Cell have been released.

The rise of The Fiend has been well documented, to the point where many fans believe him winning the Universal Championship is an inevitability. Either way, though, he’ll need to get through Seth Rollins inside the demonic Hell in a Cell structure before he can officially start to celebrate.

Bray Wyatt has done a phenomenal job of reinventing himself over the course of the last few months, and now, he’s ready for his crowning moment – which could fittingly come inside of the harshest possible environment in WWE.

At this moment in time, The Fiend is currently a very clear 1/5 favourite to walk out of Hell in a Cell as the new Universal Champion. Rollins, on the other hand, is a distant 10/3 to retain his championship against all odds.

Seth has long since been viewed as a questionable world champion in terms of his long term viability at the top, but we personally believe that he could’ve had a really strong run with the strap if Bray Wyatt hadn’t come along.

You could certainly argue that there is still a chance Seth can overcome the odds and get the job done, but Wyatt is just on a whole other level right now – to the point where it would feel a bit odd for WWE to not make him champion after all of this build-up and hype.