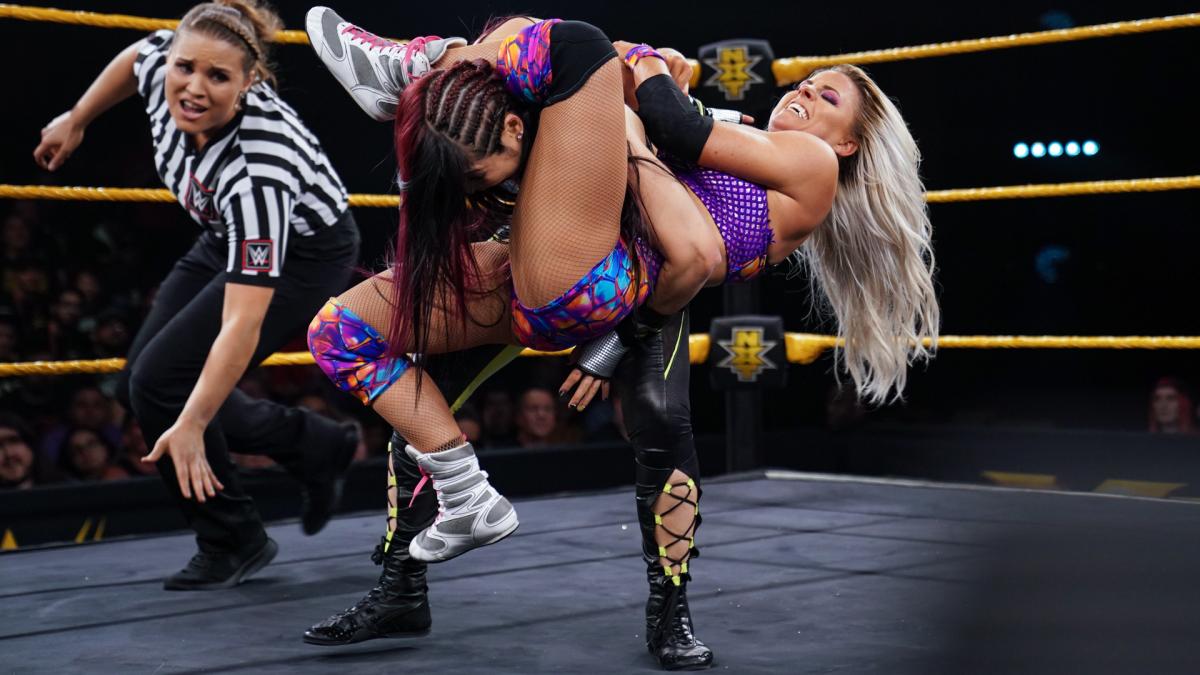 The debut of NXT on the USA Network last night certainly got everyone talking, and rightly so. The developmental brand turned ‘third brand’ within WWE has been putting on consistently great shows throughout most of its run on the WWE Network, and now, it’s time for them to reach that next level.

As a result of the move plenty of eyes are on the product, including WWE superstars themselves. Stars from the past, present and future are all watching intently to see how the transition goes – and so far, there isn’t all too much for fans to complain about.

The kinks are still being ironed out, as you can probably imagine when moving from a one hour taped product to a two hour live product, but there should be a lot of interesting developments that can along with that.

Bayley was one of the main roster stars that was keeping an eye on proceedings, and despite being more of a heel these days, she was still able to take the time to praise what was a big win for Candice LeRae on the debut episode of NXT on USA.

LeRae has long since been viewed as one of the most underrated stars in NXT, with many tipping her to be the woman that finally dethrones Shayna Baszler and becomes NXT Women’s Champion.

One way or another, though, it feels like just a matter of time until she makes her way up to the main roster on RAW or SmackDown Live.