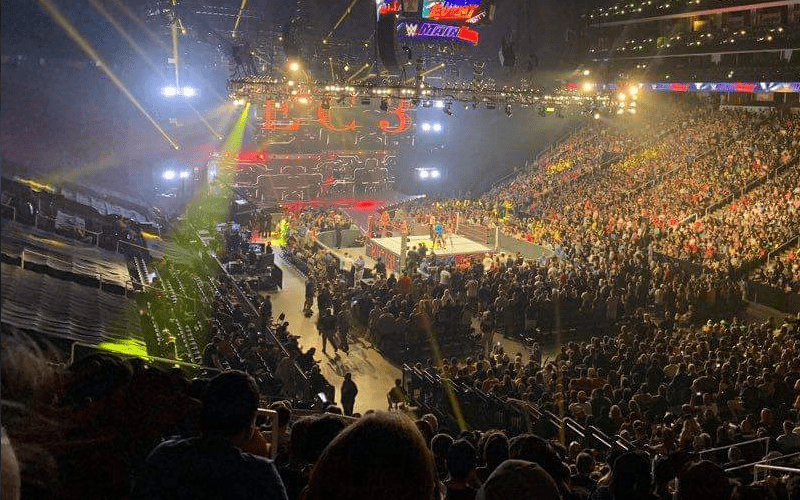 WWE Raw in Knoxville, Tennessee pulled a decent crowd last night, but the company still needed to do some adjustments for television. Sometimes they will tarp off an area or two, but last night the company also moved people around.

One of our awesome readers was in the building for Raw last night and he had a troubling story to tell.

This fan paid for 17th row seats on the bleachers. those would have been a good view of the ring at just under eye-level, however, that didn’t work for WWE.

We are told that when he arrived, his party was moved across the building to the back corner. Now instead of being in the 17th row on the bleachers they were 27 rows back in the corner with a much less desirable view of the ring.

You can check out the image below to see a view of the seats he ended up sitting in throughout the show. The area to the side was tarped off which apparently included seats he paid for, but WWE needed him to sit elsewhere to fill out the crowd for television.