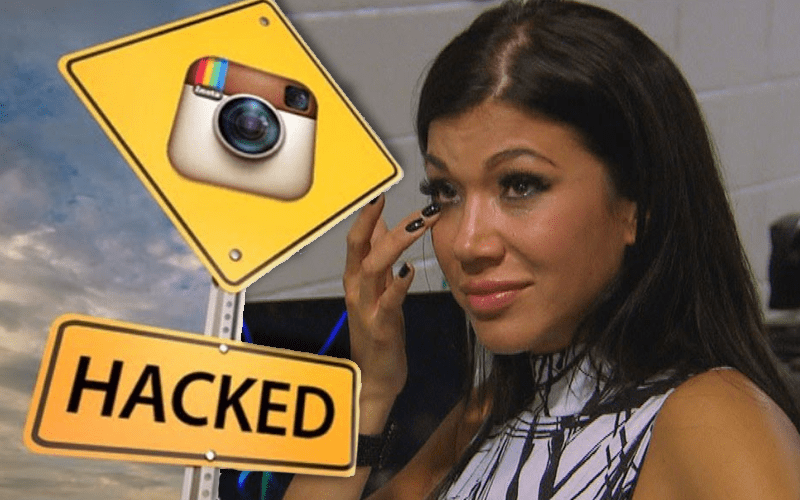 Rosa Mendes is no longer appearing on WWE television, but she still has a lot of fans who would like to keep up with her recent activity. They haven’t been able to use Instagram for over a month because Rosa was hacked.

On August 8th, Mendes revealed that her Instagram was hacked. She had over 1 million followers at the time and hackers deleted everything she had on the site. Now over one month later, she still doesn’t have her account back.

Her account has lost around 30,000 followers now and the name on the profile says: “Sait Emir” with a description reading: “Do what you love And Never give up.”

They also put up a bunch of pictures of some guy we assume is Sait Emir. This guy likes cars, guns, and posing for pictures with women around him.

Mendes updated fans two days ago that she’s still trying to get her account back. It looks like she might need to try something different, because Instagram doesn’t seem to be all that eager to help her out right now.