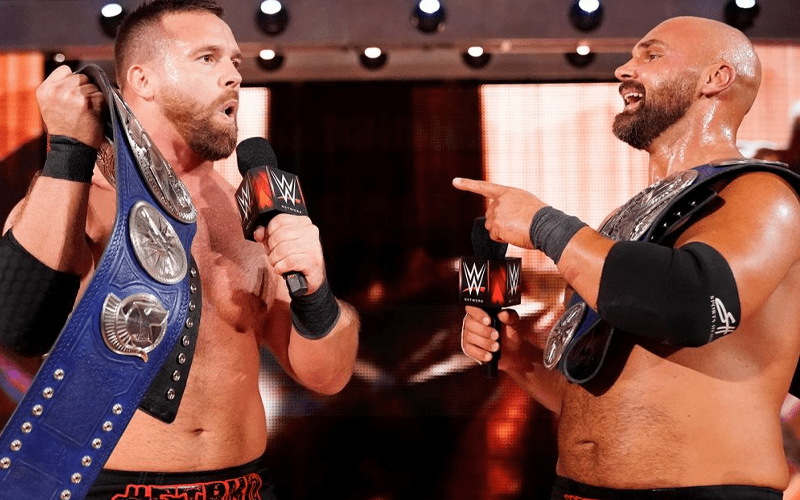 The Revival were able to defeat The New Day at WWE Clash Of Champions last night. This was a big SmackDown Tag Team Title win, but it was actually historic.

The Revival are Top Guys and now they are in the history books. With their win last night, Scott Dawson and Dash Wilder are the first team in WWE history to win the NXT, RAW, and SmackDown Tag Team Titles.

After their big win, they got some official pictures taken. Click here to watch Shinsuke Nakamura photo bomb them during that big photo session.

Scott Dawson commented on this big milestone by tweeting out:

Everybody hated on them, then they bounced right back! We getting to the money, everybody mad

Congratulations to the Top Guys for this big win. It makes us really wonder if they are considering signing those big contracts that WWE still has on the table for them.

For the record, the first man to pull this off with different partners was Jason Jordan.