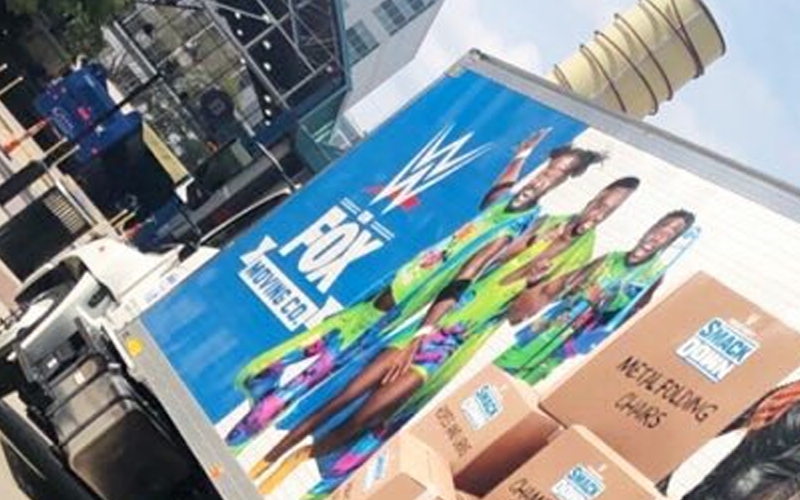 WWE is moving SmackDown to Fox in October. It looks like they are getting their trucks ready for the move as well.

Trucks parked outside the venue at Clash Of Champions proudly display the new graphics for Friday Night SmackDown. They are quite eye-catching as those trucks act as rolling billboards across the country.

The Superstars featured on the trucks that have been seen so far include The New Day, Becky Lynch, Roman Reigns, and Charlotte Flair. This appears to be even more proof that The Man might be moving to Fox.

If Becky Lynch is headed to SmackDown Live, then that makes her match against Sasha Banks so much more interesting tonight at Clash Of Champions.

We previously reported that Seth Rollins’ Universal Title reign could be in jeopardy as well.

Since The Man and The Architect are engaged it will be interesting to see if WWE keeps this power couple together with a move to the blue brand.