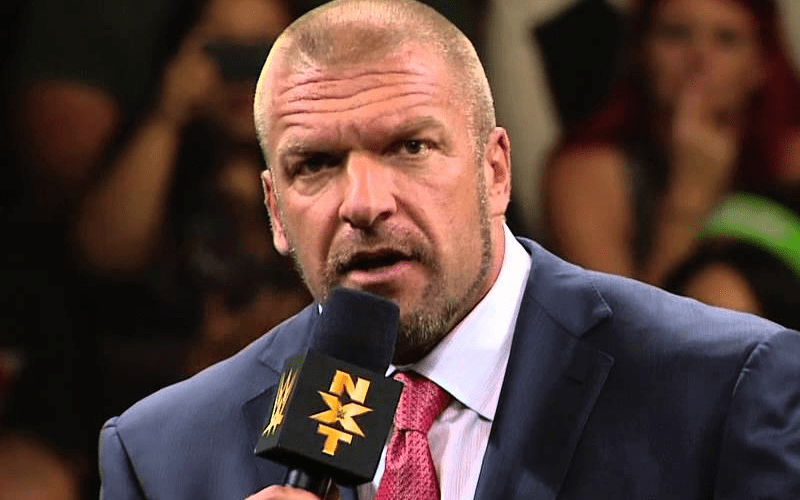 NXT is set to debut on September 18th on the USA Network. This is a pretty big feat for a roster that was once thought of as just WWE’s developmental brand.

While speaking with the Pat McAfee Show, Triple H discussed NXT’s own amazing evolution. It definitely grew into something incredible and now they are poised to take that brand to an even larger national audience.

“You know, when we first started it, it wasn’t designed as a feeder. It was designed — the original idea that was basically seeing where WWE was and not seeing where the future would come from. Who is creating talent, and where are talent getting the opportunity to go and learn the right way to do things, and the correct way to do things.”

“Not just in and out of the ring, because that can be taught fairly easily. But how to produce television, how to be a television star, how to be a global star. And so it was originally created for that. And to do that, you need to have a place for — first you needed a Performance Center for talent to be brought in, and the best place in the world to train with the best trainers and the best of everything else. And then you needed a brand and a place for them to go work and apply their craft, and improve. And that became NXT, and as it started, it began to take on this kind of cult following very quickly. And then once we started to roll from there, people started really wanting to get involved in it and I knew we had something special.”

“Then the concept quickly became, ‘We have the opportunity to create a, if you will, third global brand.’ Which is where really I think we are now, you know, this USA deal puts it at a different platform level. And the goal will be to create this, to make it as big as Raw and SmackDown and have a third brand that everybody is open to going to, so that talent can, like you said, go from one brand to Raw, to SmackDown, to NXT, to the UK, to wherever we are. And then seamlessly go around so that they can have a very long, meaningful career. But without just being in one place.”

NXT has a lot of Superstars who haven’t been exposed to a national audience yet. TakeOver specials are great, but nothing will compare to a live two-hour show on the USA Network.

It will be interesting to see what kind of ratings NXT will pull in, but WWE is likely to do whatever they can to build hype. This is especially true during a time with the Wednesday Night Wars.