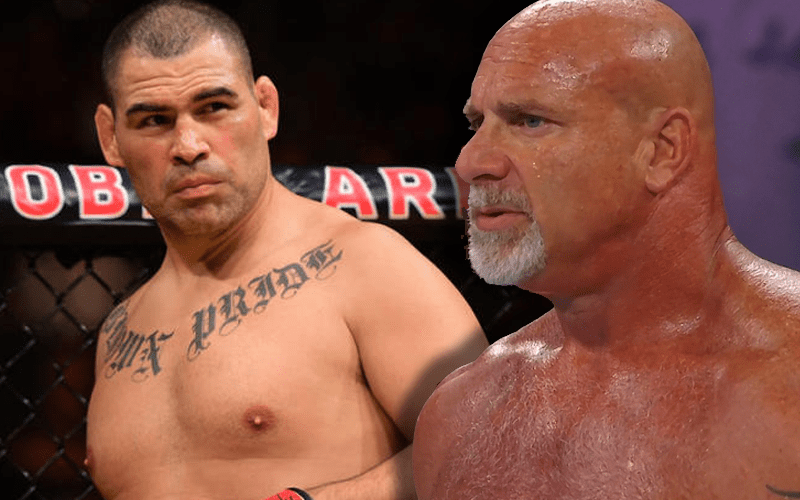 Cain Velasquez was a big name in UFC, but he could be a huge name in pro wrestling as well. After his TripleMania debut match, he got a lot of people talking. He has two more matches to go with AAA, but after that Goldberg wouldn’t mind being next.

While speaking to Eyes On The Game, Goldberg said he would “smash” Velasquez in the ring. Then he turned around and said that he will wrestle anybody.

“I’d still smash him in the ring, I’d wrestle Cain in the ring in two seconds. I’d wrestle anybody, you know who I am, that’s what I do. I’m just saying, he’s got a lot of potential.”

Cain Velasquez might have said that he is leaning toward AEW more than WWE, but All Elite Wrestling doesn’t have Goldberg.

This is definitely an interesting statement for Goldberg to make, but it doesn’t seem like he’s making any solid plans to wrestle again soon. Then again, you never know when Vince McMahon is going to back another money truck up to Goldberg’s front yard and offer him a huge payday to work another angle.