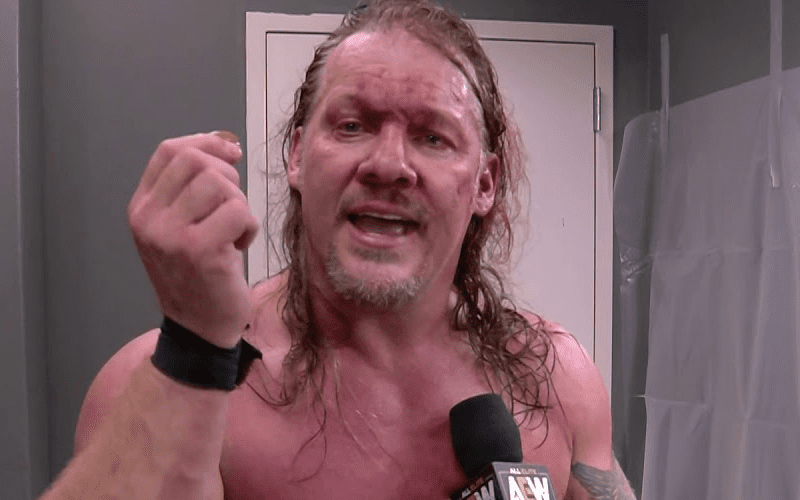 Chris Jericho became the first-ever AEW World Champion on Labor Day Weekend at All Elite Wrestling’s All Out event. It was a great night, especially for Y2J, because he coined a new phrase.

Y2J might be cashing in with his “Little Bit Of The Bubbly” t-shirts, but he might have been inspired by Tony Schiavone for his new iconic phrase.

Let’s be clear here, Jericho is an innovator and he has transformed his own self many times throughout his career. Everyone could use a little inspiration though.

Footage from 1996 has recently hit the IWC showing “Macho Man” Randy Savage and Ric Flair having a match that spilled out of the ring. There was champagne a ringside, so the Macho Man went for the booze to pour down Ric Flair’s throat.

As Savage pulled off the spot, Tony Schiavone can clearly be heard yelling: “A LITTLE BIT OF THE BUBBLY!”

Conrad Thompson loved this footage and had to tweet out that Schiavone might be owed a “thank you” from Chris Jericho over this one.

I think @tonyschiavone24 is the one should be looking for a “Thank You” from Jericho on this one.

So far it doesn’t seem like Chris Jericho has commented on this recently found footage.