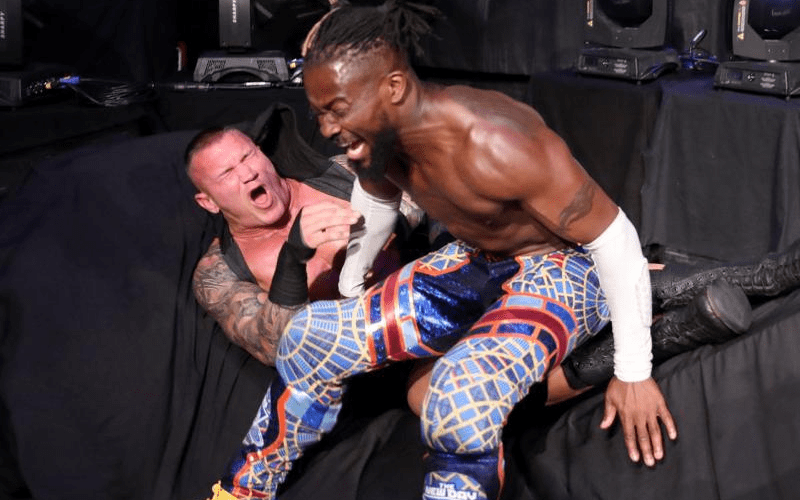 Randy Orton buried Kofi Kingston backstage a decade ago and now WWE is airing out that dirty laundry on live television. This might be part of the storyline, but it is actually so much more to Kofi Kingston.

Fox News recently interviewed Kofi Kingston and he admitted to how real things are between himself and The Viper.

“It was a very real thing, not a storyline thing when Randy Orton didn’t want me to get to a certain point in WWE. As you saw 10 years ago, I was kind of on the rise and logic would suggest that I would have become champion based on the run I was having at the time and Randy Orton put a stop to all of that.”

WWE Clash Of Champions is this Sunday and the two long-time rivals have another chance to hash things out in the ring.

It will be very interesting to see which direction WWE goes, because a win for Kofi Kingston over Randy Orton could really signify a next step for Kingston’s reign as WWE Champion.