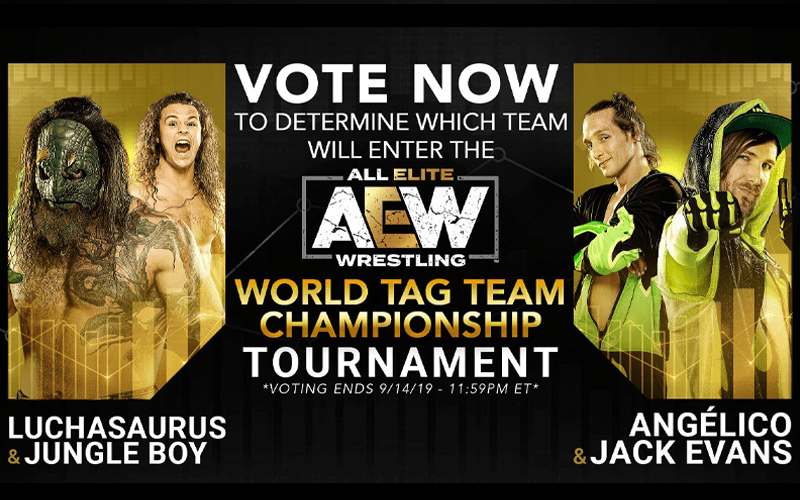 AEW will be crowning their first-ever World Tag Team Champions on October 30th, but there will be a tournament beforehand.

The Jurassic Express and Jack Evans & Angelico have yet to capture a win in AEW yet. Both teams might be very popular, but not everyone can make it in the tournament. Now All Elite Wrestling is relying on the fans to help them make a decision.

AEW has put up a poll where fans can vote on which team they want to enter the AEW World Tag Team Tournament. The voting ends on September 14th at 11:59 PM.

This is a real chance to have a voice in a pretty historic decision. It should be noted that Luchasaurus and Jungle Boy are way ahead as of this writing with 85% of the vote. Let’s see if Evans and Angelico can pull ahead.

If anything, Jack Evans and Angelico can always use a landslide loss to fuel some heelish antics later on.