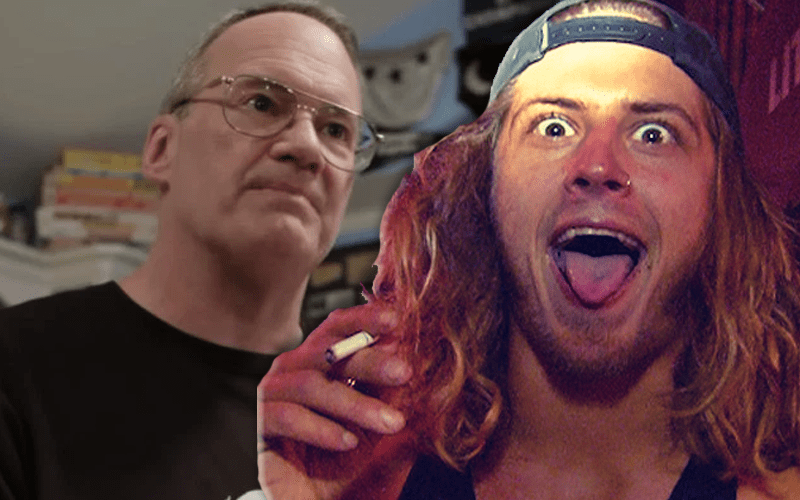 Jim Cornette has a lot to say about mudshow wrestling and considered Joey Janela to be the mudshow king. This resulted in a pretty public feud that even saw Janela giving the camera the finger at one point during Fight For The Fallen and saying “F*ck you, Jim Cornette.”

While speaking to Bleacher Report recently, The Bad Boy spoke about how that controversy only motivated him to be better. He went from making $25 a night to having a legit contract with a nationally televised company. If you add in the fact that Jim Cornette hates him that only adds to his already sweet life.

“I think me and Cornette, we rub each other’s back when it comes to getting each other publicity. So I have no problem with it. I’d rather deal with Jim Cornette than his followers, that’s for sure. It’s fine. I don’t care if people want to sh*t on my physique. I’ve gotten in better shape in the last year and I am looking to get into even better shape for TV. I’m starting to diet now. But, when you talk about my wrestling, that’s where I draw the line. Other than that, have fun.”

Jim Cornette might not really enjoy Joey Janela’s style of performing, but others obviously do. Soon Joey Janela will have way more fans than he ever expected once AEW debuts on TNT.

It all happens on October 2nd. Things might be happening very fast for AEW and Joey Janela, but that’s exactly the way life can be sometimes.