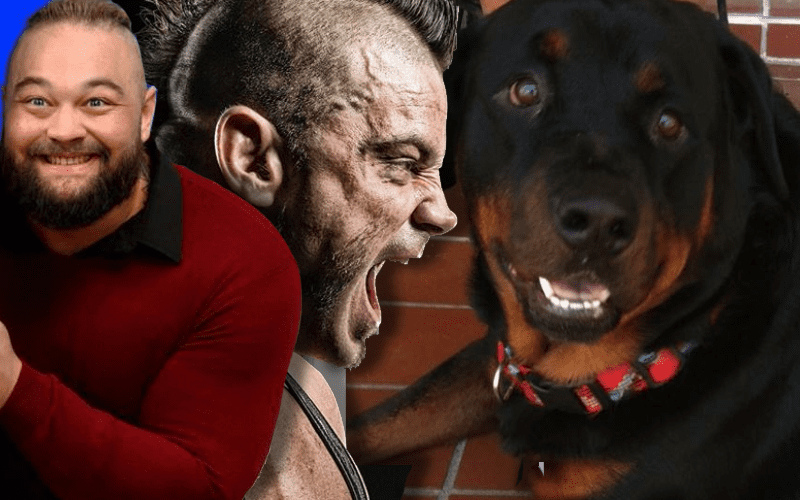 Bray Wyatt has several friends in the pro wrestling world who aren’t current WWE Superstars and Brian Cage is one of them.

The Machine didn’t give much of a reference point to give us much context to this story. Apparently, at some point in their friendship, Wyatt’s dog peed on Brian Cage.

@WWEBrayWyatt’s dog once peed on me.

Wyatt’s dog Odin is no longer with us. He announced Odin’s passing on October 25th, 2018.

The Eater Of Worlds responded to Brian Cage summarizing his dog as a boy who took what he wanted.

He was never afraid to take what he wanted. The greatest RIP Odin

This just goes to show that some good dogs never leave our memories, especially ones that pee on our friends.