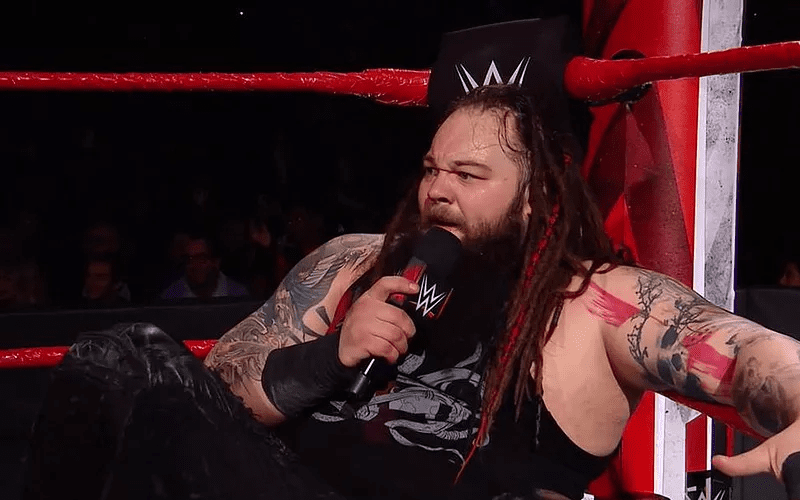 Bray Wyatt hasn’t been seen on WWE television since Matt Hardy wrestled his final contracted date with the company. There is talk backstage that Wyatt might be repackaged and could receive a new gimmick, but only time will tell on that one — after all, Wyatt could reappear on Raw next week and be just as menacing as the Eater Of Worlds if WWE wants him to.

But right now, it’s a rather sad time for Wyatt. Not only is he waiting for WWE to give him a call and let him know what their plan is, but his beloved dog has passed away on top of it.

“Rest in Power, Odin,” Wyatt wrote along with a picture of his old friend. This is indeed a very sad turn of events that we hate to hear.

Hopefully, Bray Wyatt will be able to get back on the road as soon as possible and help get his mind off of things. After all, with Roman Reigns’ recent absence, Raw should assumably need as many big stars as possible.