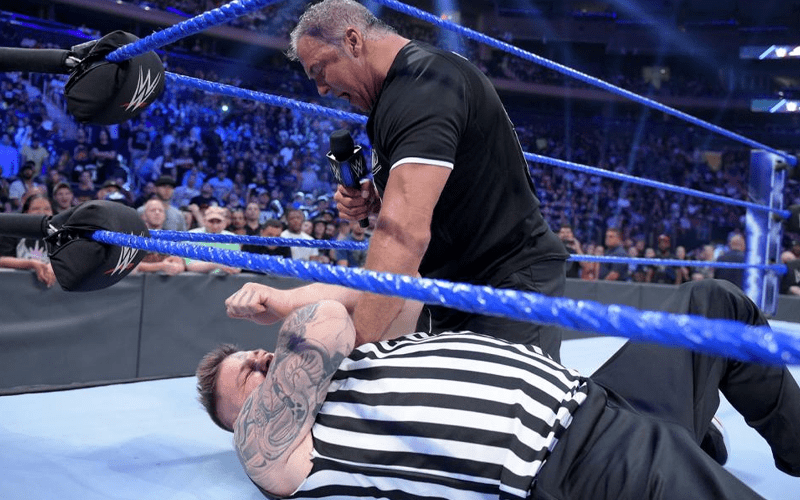 Shane McMahon fired Kevin Owens in Madison Square Garden as SmackDown Live went off the air this week. That was quite a way to end the show.

WWE has posted an update on this story, but the update is that nobody’s talking. Fans need to tune in next week to see how this storyline continues. Let’s just see how many fans do that.

WWE.com reached out to Shane McMahon and Kevin Owens, and both declined to comment on Owens’ firing on last night’s SmackDown LIVE.

It seems that Kevin Owens went ahead and teased involvement with NXT after he was fired. That cryptic tweet certainly garnered a fair amount of attention.