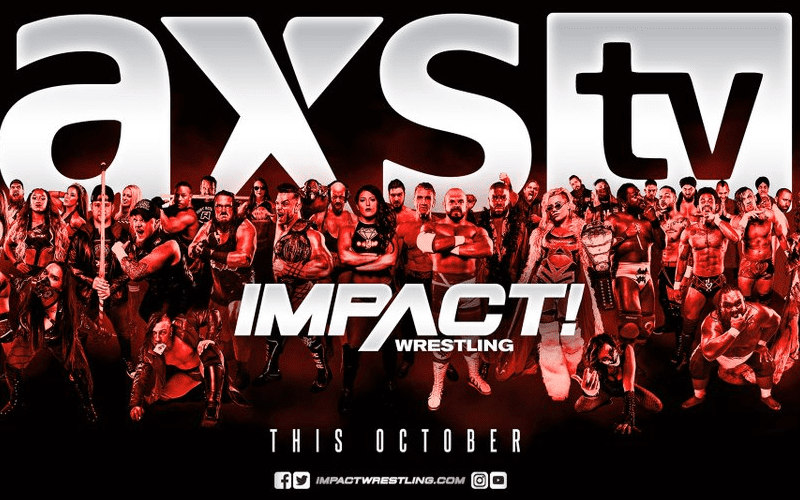 Now that AXS is under majority ownership of Anthem Sports, Impact Wrestling made the announcement official. Impact Wrestling will begin airing on AXS after October 20th. The company will also remain on their Twitch channel.

Immediately following IMPACT Wrestling’s biggest pay-per-view event of the year Bound For Glory, which takes place on Oct. 20 in the Chicago area, IMPACT! will begin airing weekly on AXS TV. The program will continue to simulcast globally on IMPACT Wrestling’s official Twitch channel.

Scott D’Amore tweeted out that today is a very good day. Now Impact Wrestling is ready to do some big things.

Today is a good day!
2 years of hard work by everybody in front of and behind the scenes has led to this!

At this time we are still uncertain what will happen to WOW or NJPW who also share AXS TV. This is a very interesting story and we will keep you updated right here at Ringside News.