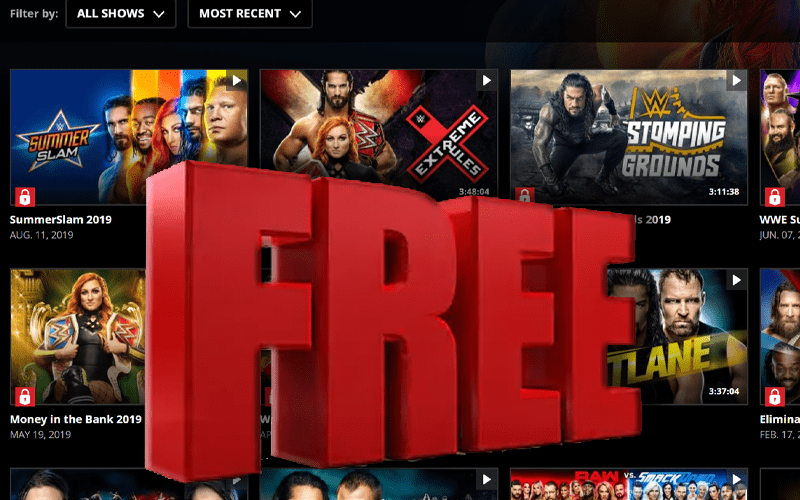 WWE is making some big changes to the Network and the much-rumored tier system is finally becoming a reality.

George Barrios, Co-President of WWE announced today via The Verge that the company is instituting a tier system and he explained those tiers today.

There will be three tiers with the lowest being free. That free level will include videos you’d typically find on YouTube and WWE.com, but it’s the Premium level that really has our interest.

PREMIUM: “We think there’s also an opportunity to super-serve our most passionate Network subscribers with a premium tier that’ll bring together more content for them, more features for them, and also integrating some of our other non-video services like our commerce — potentially integrating something like free shipping, bringing together our digital ticketing efforts in there. It becomes the one place to experience everything WWE.”

It looks like things are changing and they have a lot of ideas for that premium level. This is exciting, but WWE doesn’t plan on going full 4k just yet.

But don’t expect WWE pay-per-views to make the switch to 4K anytime soon. The company has run tests and captured live events in 4K, but there’s still no firm timeline on when you’ll be able to stream the spectacle of WrestleMania in 4K and with HDR color.

At this time, it looks like we’re still waiting on pricing, but the “Download & Go” feature sounds very interesting as well.

“Download To Go,” Barrios calls the feature — in the near future, letting subscribers watch full-length pay-per-view events or TV shows from WWE, WCW, and ECW anywhere they choose.

Keep checking back with Ringside News for any more updates. WWE could be using their Network to expand in a lot of unexpected ways making it easier for their fans to consume the product no matter where they are.