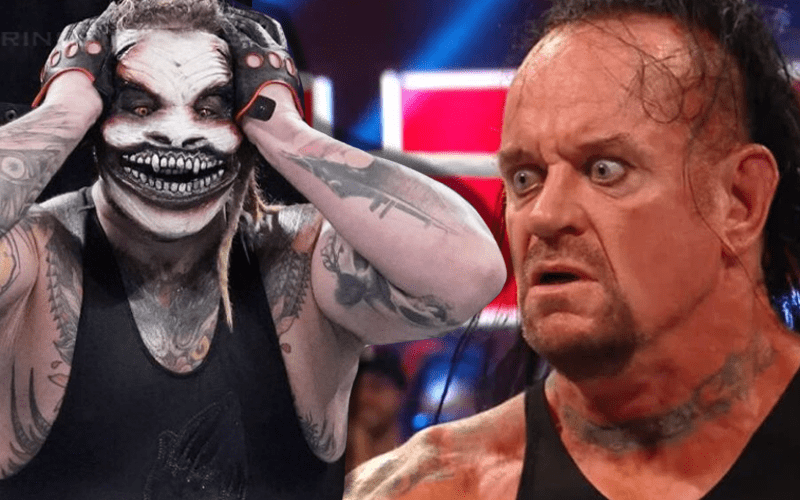 Bray Wyatt really made a lot of people wonder what was going on this week more than most weeks during last night’s episode of Firefly Fun House.

Fans might have wanted to see Bray Wyatt face “Stone Cold” Steve Austin, but The Rattlesnake can’t take a bump. The Undertaker can and WWE just might be getting fans ready for a huge confrontation.

The clock in Firefly Fun House was stuck on 3:16 until it was hit with a hammer. Then it changed to 11:19. That, oddly enough is the date of The Undertaker’s actual WWE debut three days prior to the 1990 Survivor Series when a lot of fans first saw The Dead Man.

Some are under the thought that the cryptic messages in this week’s Firefly Fun House are actually pointing toward an eventual confrontation between The Undertaker and The Fiend.

If WWE has this match lined up for Survivor Series then things could certainly be very interesting in the next few weeks.

The Undertaker is also appearing on SmackDown Live tonight, so he might need to watch his back in Madison Square Garden.