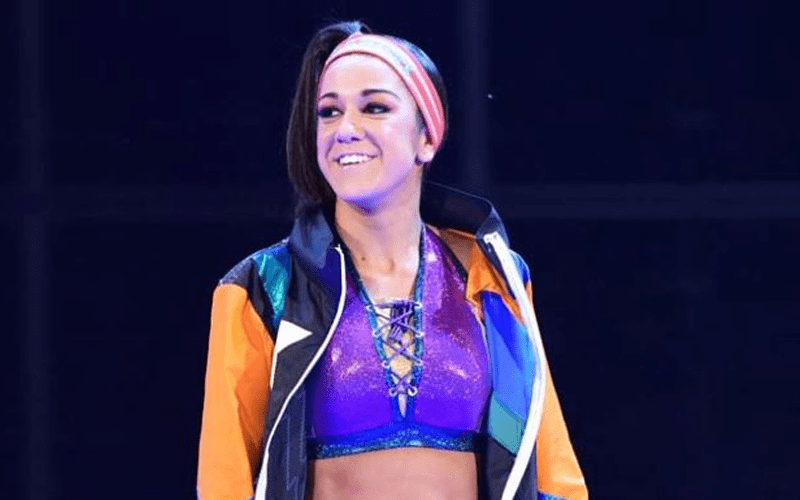 WWE does a very good job making their Superstars look as good as possible, but they’re not always perfect.

Bayley and Lacey Evans recently locked horns and they had a match that could have been Evans’ best performance on the main roster so far. She is improving which is a good sign.

During that match, Evans rolled Bayley up for a pin and she got a hold of The Hugger’s tights. This yanked them up just enough that Bayley’s thong was exposed.

It might not have been visible on television, but the photographer at ringside snapped a very clear picture.

WWE then posted the picture of this roll-up pin on their website before noticing that it exposed what Bayley had underneath her gear. They deleted the picture when it was realized that this shouldn’t be on the site. That didn’t stop people from grabbing it as soon as it hit the internet.

You can check out the picture below. It’s not the most graphic picture in the world. but it also doesn’t really fit the TV-PG content that WWE tries to present across all of their platforms.