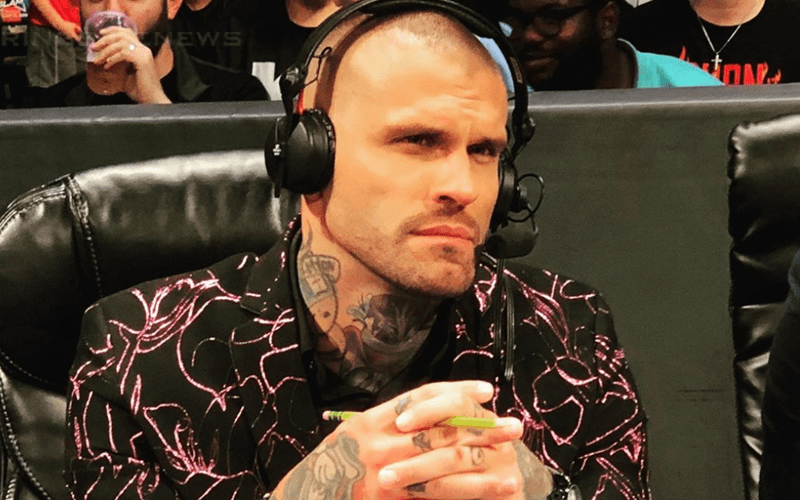 WWE is making some big changes when their new television contracts come into play next month. We previously reported that Renee Young could be moved out of the commentary position, but that’s not the only change reportedly being made.

Since Raw and SmackDown will be on different networks, they want exclusivity. This means that the Wild Card Rule will probably become a thing of the past. Corey Graves will also have to pick a side.

The Wrestling Observer Newsletter reports that with WWE picking exclusive roles for Raw and SmackDown then that will likely include Corey Graves. Soon he will likely no longer be announcing both red and blue brand’s shows.

There are plans for the announcing teams to be separated, at least at this point, which would mean no more Graves on both shows.

It will be interesting to see which brand WWE picks for Corey Graves if they do limit him to one show. He is one of the best parts of WWE commentary and on some weeks he has the best lines from both shows.

It might be hard to replace Corey Graves, but there are likely to be a lot of changes going on in the meantime.