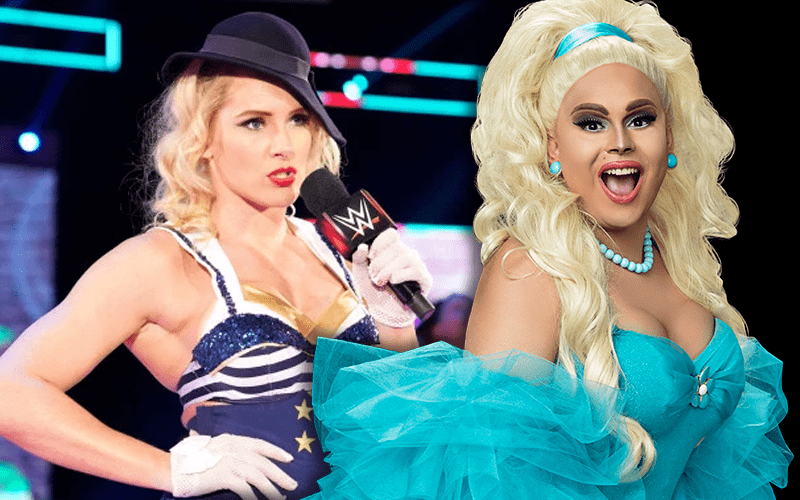 Lacey Evans is the Lady Of WWE, but it looks like she has a new challenger outside of the ring. This could still be settled in the squared circle though.

Jaymes Mansfield, who is a rather well-known Drag Queen from RuPaul’s Drag Race fame tweeted out a picture of herself on a ring apron. “Waiting for me and Lacey Evans’ hair vs hair match like…” was her caption.

Lacey Evans didn’t seem to appreciate hearing this challenge at all.

I step off the plane to this nonsense. Someone tell this nasty I’ll use my real hair to choke her and take hers home as a trophy.

Mansfield obviously saw Lacey Evan’s reply to her challenge, but she didn’t let it shake her though. Then the Drag Race season 9 alum proceeded to set the record straight for Evans.

Miss thing my hair is human, somewhere in Russia there’s a woman walking around bald….kinda like you if we have that match

We’ll have to see where this one leads, but Lacey Evans vs Jaymes Mansfield sounds like a match that we would certainly buy a ticket to see.