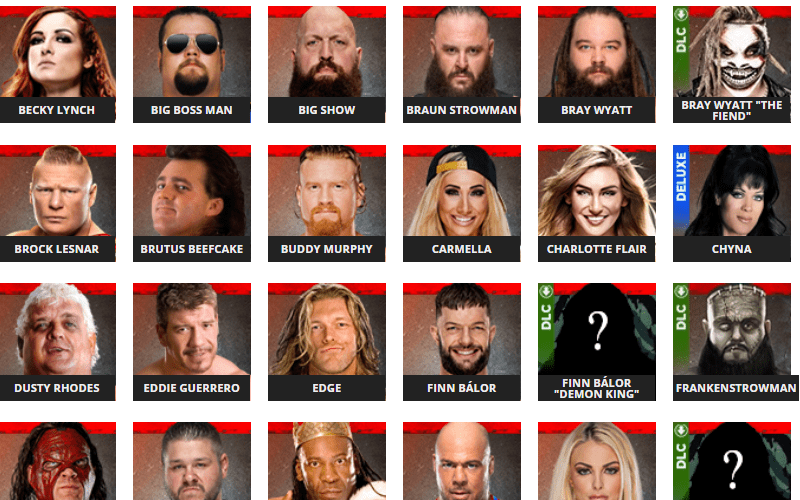 WWE 2K20 is going to bring another big game to the market and it will be full of playable characters. Now we have a much better idea of who to expect.

The SmackDown Hotel has listed every Superstar expected to be in the WWE 2K20 game at this point. There are a couple of Superstars that haven’t been revealed yet, but the list has a lot of very interesting additions.

It appears that the Bump In The Night download package is also going to offer some very interesting additions to the game including Bray Wyatt’s Fiend character.

You can check out the list below to see the different playable characters and variations for the upcoming game.