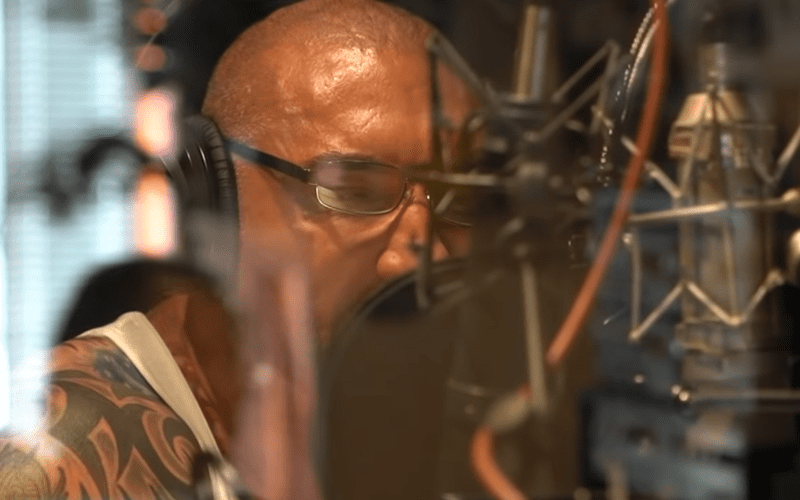 Batista has been immortalized as a WWE Superstar in plenty of video games, but now he is stepping out of the pro wrestling genre.

We previously reported that Dave Bautista will be a playable character in Gears Of War 5. This is a pretty cool deal and Tyler Breeze caught up with The Animal while he laid down some voice-over tracks for the new game.

Batista was thrilled to get in this game, because he admitted that he’s been working on starring in a Gears Of War film now for about ten years. Perhaps this is the first big step to finally making that happen.

You can check out the clip from UpUpDownDown below. It’s a pretty great little video as Batista takes some time to hang out with Prince Pretty.