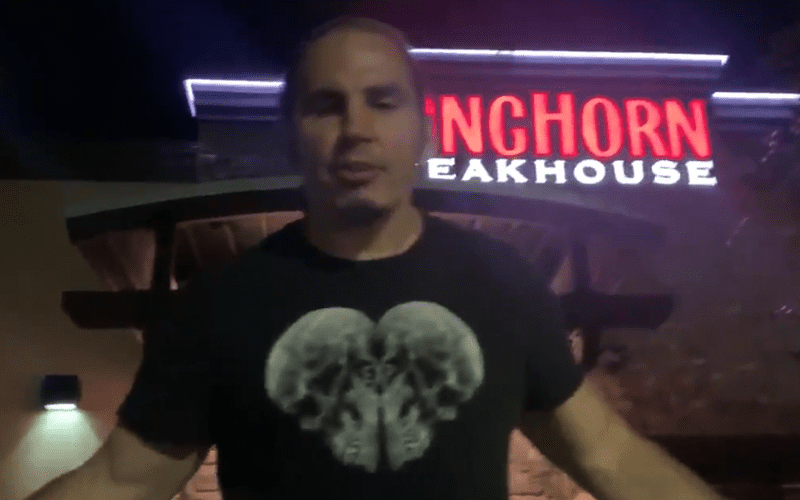 Chris Jericho was dining at a Longhorn Steakhouse after winning the AEW World Title. Then he discovered his title was missing.

After a nationwide search for his title, it was finally recovered. Now it is up for comic fodder.

Matt Hardy and Reby Hardy were out on a date night and they just so happened to go to Longhorn. After they were done eating, Matt Hardy came out and said they had a wonderful time before realizing that he was missing something.

Moments later, Hardy returned outside with his belt in his hand. He said someone tried to steal his belt while he was in the restaurant. That was a pretty good rib if we do say so ourselves.