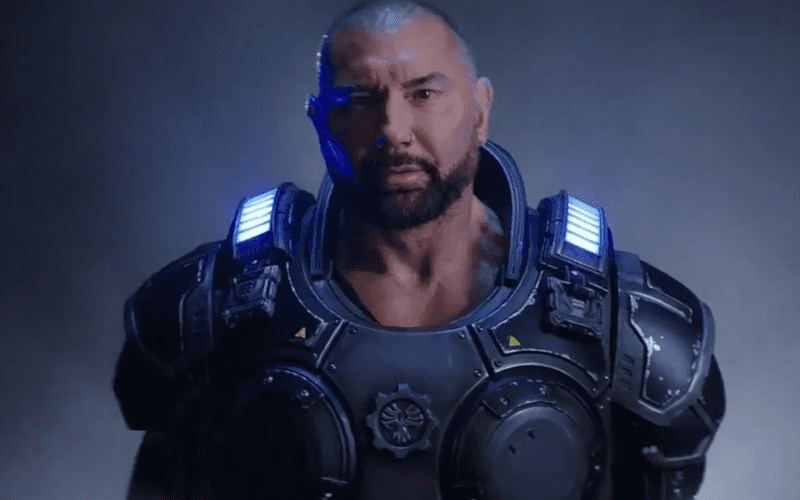 Batista has been featured in a lot of platforms including video games, but this will take it to another level.

It was recently revealed that Dave Bautista will be a playable character in the upcoming Gears Of War 5 video game. This is a pretty cool addition to an already popular game.

“It’s about f*cking time,” Batista said in the short clip to tease the fact that he’ll be featured in the new game.

You can check out the teaser trailer below. Batista said that fans can play as him after Clash of Champions on September 15th, so that sounds like a plan.