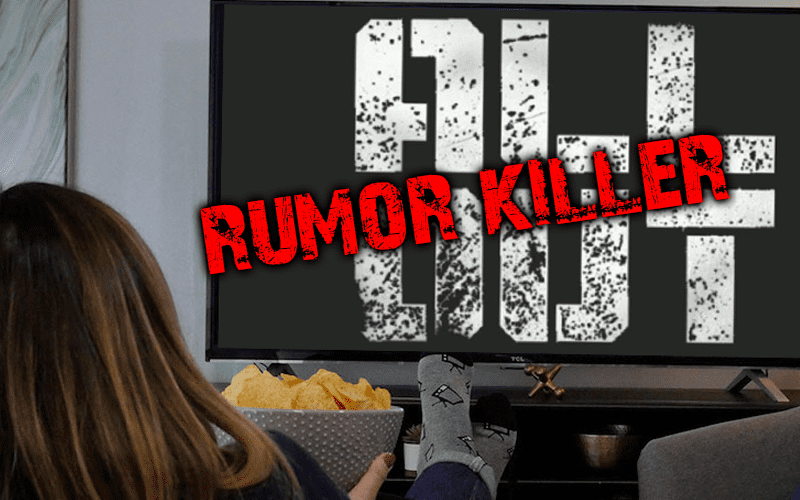 AEW is headed into their TNT debut on October 2nd and they need some steam behind them. A recent report might not have been the greatest look, but apparently, that wasn’t 100% accurate.

We previously reported via Dave Meltzer that All Out’s pay-per-view numbers did not exceed Double Or Nothing. As it turns out that doesn’t appear to be the case for Fite TV.

Ringside News received word directly from Fite TV clarifying Dave Meltzer’s previous report saying that All Out buys were lower than Double Or Nothing.

Fite TV carried the streaming of All Elite Wrestling’s All Out event for non-US and Canadian markets. The Wrestling Observer Newsletter noted: “FITE TV worldwide numbers were down. The people who bought it on FITE wouldn’t have seen the hype show.”

It was stated to us by Fite TV regarding Meltzer’s report that “unfortunately, your source provided you with erroneous AEW buys.” They went on to clarify that the company doesn’t release numbers to the public, but All Out did exceed Double Or Nothing buys.

We don’t publicly release specific FITE buy information but I can tell you that the AEW All Out buys, in fact, exceeded those of AEW Double or Nothing.

So, the overseas market for streaming through Fite TV improved from AEW’s Double Or Nothing event.

The really important number at this point is AEW’s October 2nd debut on TNT. It is a good sign that Fite TV had a better showing for All Out than with Double Or Nothing because that shows improvement and more interest for the product.

Keep checking back with Ringside News as we continue to provide extensive coverage of all aspects in the Wednesday Night Wars and beyond.