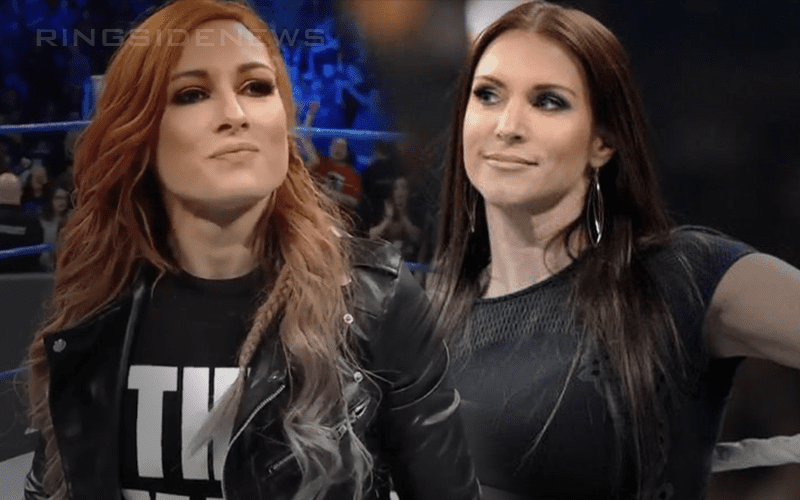 Becky Lynch has taken on just about everyone she could at this point, but she’s still got one big name to cross off.

There were reports that Stephanie McMahon vs Becky Lynch could be penciled in for a big match down the line. This match didn’t go down at Summerslam, but you never know what can happen in WWE.

Stephanie McMahon was plugging Becky Lynch’s new ESPN Sportcenter commercials and that could have been it, but it wasn’t.

The Man chimed in and said: “Anymore thoughts on you fighting me in front of lots of people?”

So far Stephanie McMahon hasn’t responded to Becky Lynch’s invitation for a match. It’s nice to know the haven’t seemed to let that one go yet.